The route takes runners through a scenic tour of historic Montego Bay starting at the Old Hospital Park (OHP) on Goucester Avenue, southwards past the old fort, City Centre and the St. James Library onto St. James Street. Runners will continue west along St. James Street, through Sam Sharpe Square and the Montego Bay Civic Centre which leads you to a right turn on to Barnett Street where runners make a left turn on to Howard Cooke Boulevard, up to the Catherine Hall stop lights where runners will make a 180 degree U-turn to head back on the east bound lane of Howard Cooke Blvd, all the way around leading back to Old Hospital Park. (as seen in map 1 below). 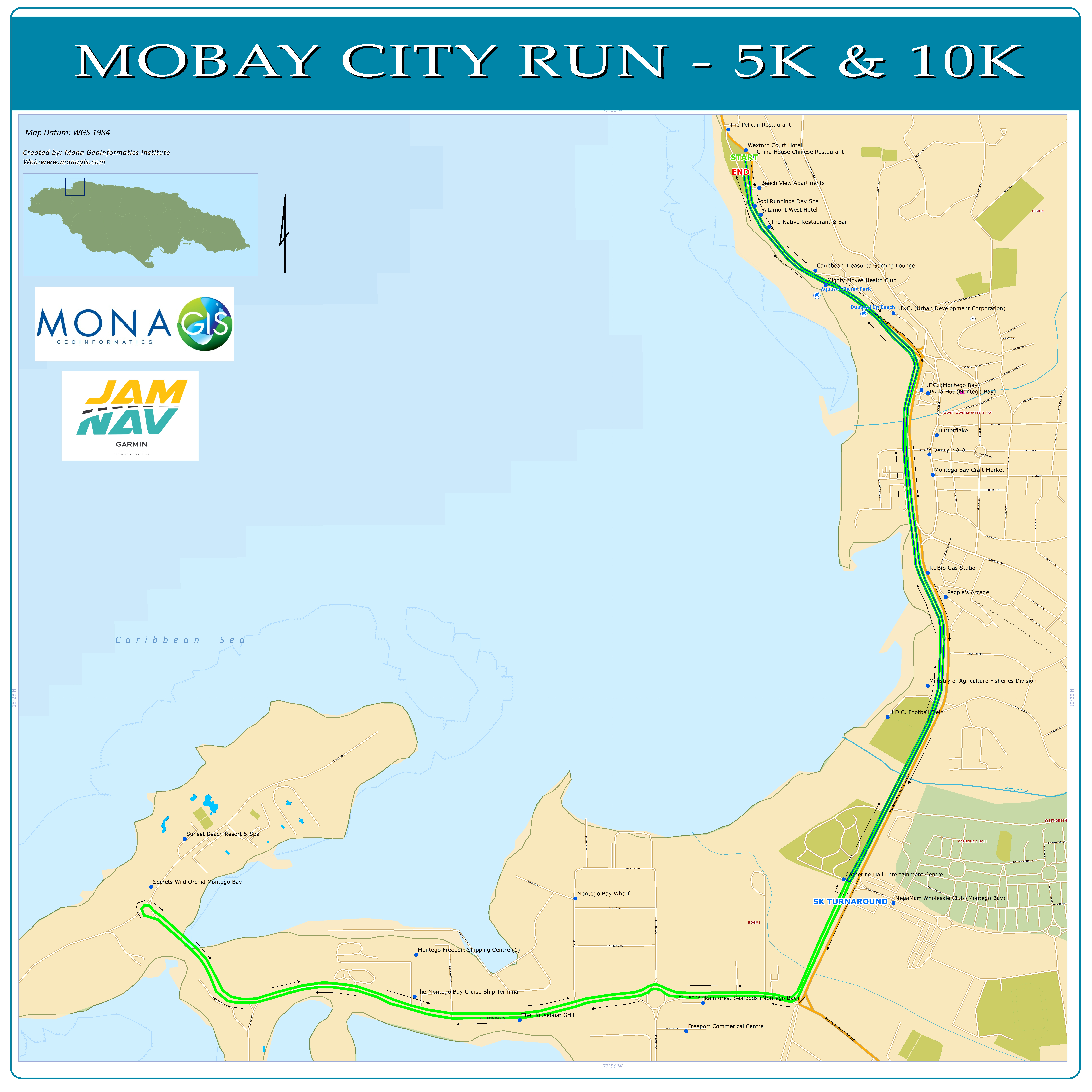 Commencing at the Old Hospital Park on Gloucester Avenue; continuing to Sam Sharpe Square along St. James Street; then turn right (by the Courts Store) on to Barnett Street; continuing left on the north side (seaside) of the dual carriageway on Howard Cooke Boulevard keeping in the left lane closer to the median making a RIGHT TURN at the Freeport Police Station onto to Alice Eldermire Drive continuing in the right lane to the roundabout at Seawind Beach Club making a left turn at the roundabout returning on the left side of Alice Eldermire Drive then a left turn at the Freeport Police Station keeping in the left lane on the seaside back to Gloucester Avenue to the finish line at the Old Hospital Park.

I just want to congratulate you heartily on the wonderful City Run/Walk you organised yesterday. This was the first time that I had entered & I want to tell you

Registering for a group?